Dr. Tessie Rose Bailey is an Adjunct Professor at Montana State University Billings (MSUB) and a Senior Technical Assistance Consultant at the American Institutes for Research (AIR). For AIR, she provides technical assistance and consultation for the Center on Response to Intervention (RTI), CEEDAR Center, and National Center for Systemic Improvement (NCSI), state departments of education, and local districts. Additional responsibilities include supporting research, product development, and technical assistance for states and districts in the area of RTI. She has extensive experience in RTI in a variety of capacities. She served as Co-coordinator of Technical Assistance for the National Center on Response to Intervention (NCRTI) and collaborated on the development of numerous national and state RTI/MTSS technical assistance resources. While a professor at Montana State University Billings (MSUB), she collaborated with local districts to develop a pre-service teacher preparation program in RTI/MTSS for which she was honored with the 2014 Montana State University Billings Faculty Excellence Award. She has coordinated several MTSS/RTI grants and contracts, including facilitation of a statewide MTSS Community of Practice, evaluating the efficacy of multi-tiered systems of supports (MTSS) implementation, developing model demonstration sites in progress monitoring, supporting RTI implementation in rural schools, and scaling up RTI/MTSS. As a result, she has provided direct MTSS/RTI support and professional development to teachers and leaders in 39 states. She completed her PhD at the University of Utah in special education and post-doctoral work in RTI/MTSS at Lehigh University’s Center for Promoting Research to Practice.

Julie Dunstan, Ph.d., has worked for more than 3 decades in both early childhood and learning-related settings. She has conducted public policy research on child development, family needs, addictions, learning differences, and general education. She has served on numerous professional bodies, advisory boards, and governmental commissions.

Julie has taught undergraduate psychology courses and lectured at the graduate level in psychology, education, and organizational development. She has presented at international conferences including the AOGPE, AEA, IARLD, and the Annual Learning Differences conference at Harvard. Julie recently co-authored a chapter for, and assisted with the editing of the book Executive Function in Education: From Research to Practice, edited by Dr. Lynn Meltzer (2018).

Julie has been the driving force in the development of innovative programs including the ICAN Programme for children with math-related difficulties, and the I PLAY Programme which promotes phonological skills in preschool. Most recently, she retired as The Reading Clinic’s Executive Director to spearhead reFLEXions™, an initiative designed to develop Flexible Mindsets for self-directed learning. The reFLEXions™ team is conducting longitudinal research on emerging executive function processes and related learning. The team has also created resources for families and schools, including children’s stories and guides for educators. Julie believes all learners can develop a sense of competence and be adaptive in responding to a complex and ever-changing world. 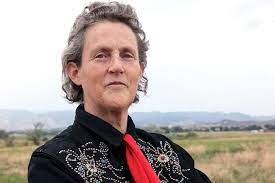 Dr. Temple Grandin is a designer of livestock handling facilities and a Professor of Animal Science at Colorado State University. Facilities she has designed are located in the United States, Canada, Europe, Mexico, Australia, New Zealand, and other countries. In North America, almost half of the cattle are handled in a center track restrainer system that she designed for meat plants. Curved chute and race systems she has designed for cattle are used worldwide and her writings on the flight zone and other principles of grazing animal behavior have helped many people to reduce stress on their animals during handling.

She has also developed an objective scoring system for assessing handling of cattle and pigs at meat plants. This scoring system is being used by many large corporations to improve animal welfare. Other areas of research are: cattle temperament, environmental enrichment for pigs, reducing dark cutters and bruises, bull fertility, training procedures, and effective stunning methods for cattle and pigs at meat plants.

She obtained her B.A. at Franklin Pierce College and her M.S. in Animal Science at Arizona State University. Dr. Grandin received her Phd in Animal Science from the University of Illinois in 1989. Today she teaches courses on livestock behaviour and facility design at Colorado State University and consults with the livestock industry on facility design, livestock handling, and animal welfare. She has appeared on television shows such as 20/20, 48 Hours, CNN Larry King Live, PrimeTime Live, 60 Minutes, the Today Show, and many shows in other countries. She has been featured in People Magazine, the New York Times, Forbes, U.S. News and World Report, Time Magazine, the New York Times book review, and Discover magazine. In 2010, Time Magazine named her one of the 100 most influential people. Interviews with Dr. Grandin have been broadcast on National Public Radio and she has a 2010 TED Lecture titled “The World Needs ALL Kinds of Minds.” She has also authored over 400 articles in both scientific journals and livestock periodicals on animal handling, welfare, and facility design. She is the author of “Thinking in Pictures”, “Livestock Handling and Transport,” “Genetics and the Behavior of Domestic Animals,” “Guide to Working with Farm Animals,” and “Humane Livestock Handling.” Her books “Animals in Translation” and “Animals Make Us Human” were both on the New York Times best seller list. “Animals Make Us Human” was also on the Canadian best seller list. Her latest book, Calling All Minds, was a New York Times best seller for middle school students. Her life story has also been made into an HBO movie titled “Temple Grandin, starring Claire Danes,” which won seven Emmy awards and a Golden Globe. The movie shows her life as a teenager and how she started her career. In 2017, she was inducted into The Women’s Hall of Fame and in 2018 made a fellow by the American Association for the Advancement of Science.

Michael Greschler, Ed.M. is the Director of the SMARTS program. Over the past 5 years, he has worked to develop and grow the SMARTS program, collaborating with teachers and administrators in schools and leading a nationwide pilot of SMARTS online in its first year. Since the launch of SMARTS in the fall of 2015, Michael has supported the more than 700 SMARTS educators around the world, helping them bring the power of executive function into the classroom. In addition, Michael is a conference coordinator for ResearchILD’s Learning Differences Conference. As an educational specialist at the Institute for Learning and Development, Michael uses executive function strategy instruction to support teenagers and young adults.

Donna Kincaid, M.Ed. is the Assistant Director of the Institutes for Learning and Development and the Director of Outreach and Training.  She coordinates and facilitates professional development for private and public schools, and consults with parents and teachers. She is also an experienced Educational Specialist who conducts psycho-educational assessments and provides individual educational therapy to high school and college students, as well as adults.  During her career, she has worked with all levels of educators from paraprofessionals to superintendents, and was formerly the Director of Special Education at a bilingual charter school.  Donna earned her Bachelor’s Degree in Special Needs at Boston College, and a Master’s Degree in Curriculum and Instruction from the University of Massachusetts/Lowell, with Supervisor/Director Certification in the area of Special Needs. She is a contributing author to a ResearchILD book entitled, Promoting Executive Function in the Classroom (Guilford Press, 2010). 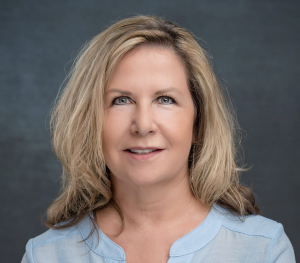 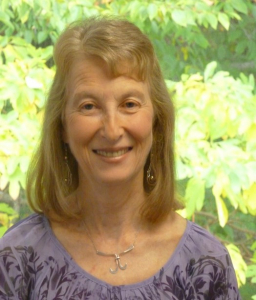 Lynn Metzler, Ph.D. is the Director of the Institutes for Learning and Development (ResearchILD & ILD) in Lexington, MA. She is a Fellow and Past-President of the International Academy for Research in Learning Disabilities. She is the Founder and Program Chair of this Annual Learning Differences Conference which she has chaired for the past 35 years. For 30 years, she was an Associate in Education at the Harvard Graduate School of Education and an Adjunct Associate Professor in the Department of Child Development at Tufts University. Her 40 years of clinical work, research, publications, and presentations have focused on understanding the complexity of learning and attention problems.

Her extensive publications include articles, chapters and books, most recently, Executive Function in Education: From Theory to Practice (2018),Promoting Executive Function in the Classroom (2010) and The Power of Peers in the Classroom: Enhancing Learning and Social Skills (2015), co-ed with Karen Harris. Together with her ResearchILD staff, she has developed SMARTS, an evidence-based Executive Function Curriculum for middle and high school students (www.smarts-ef.org). She has been an invited speaker at numerous national and international conferences, including the International Association for Cognitive Education in South Africa. She has been honored with multiple awards including the Council for Learning Disabilities Outstanding Research Award in October, 2015 and the Innovative Program of the Year Award from CHADD (Children with Attention Deficit Disorders).